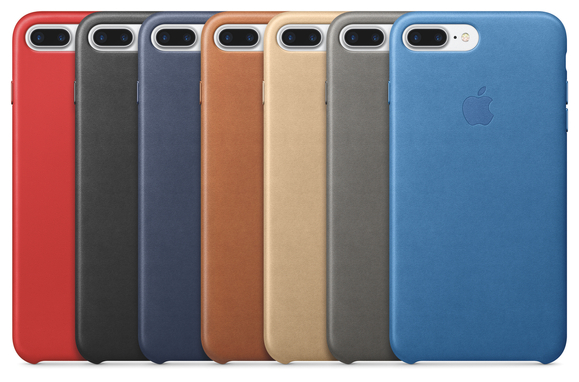 iPhone 7 Plus review: The dual-lens camera makes it a winner

Written by Rachel G. 4 Comments
The iPhone 7 Plus is the best iPhone money can buy, hands down. Like the iPhone 7, it’s not an essential upgrade if you have an iPhone 6s Plus that you’re happy with, or you want to hold out for the 2017 iPhone, which will be the 10th anniversary and, rumor has it, the big switch to OLED. But thanks to the iPhone 7 Plus’s beautiful screen, long battery life, and impressive dual-lens camera, it’s hard to find fault with it today.Hard, but not impossible: The 7 Plus has the exact same issues that I complained about in my iPhone 7 review (to review: the new Home button and the missing headphone jack), so I won’t repeat myself here. Except, I will say that a couple weeks later, I’m still not used to the fused Home button, with its odd-feeling ka-thunk sensation when I tap it, instead of a crisper click of the old Home buttons.But the iPhone 7 Plus just has more going for it—the battery lasts longer, and that dual-lens camera delivers impressive photos, with the still-in-beta Portrait mode acting as icing on the cake.

So big and so fast

The screen is terrific, nice and bright, much easier to see in bright daylight than before. The speakers get suitably loud, making this a totally worthy mini-phablet for watching videos. I didn’t like how the speakers sounded when I cranked music from Spotify, but they were fine for listening to podcasts while puttering around the kitchen.

Since they both have the A10 Fusion chip, both the iPhone 7 Plus and iPhone 7 clocked similar scores in Geekbench 4’s CPU tests, with a slight edge for the 7 Plus. According to Geekbench 4, the 2.34GHz A10 Fusion in the new iPhones can even outperform my 2013 MacBook Air in the single-core test. Everything is fast on the iPhone 7 and 7 Plus, from running powerful image editors like Adobe Lightroom, to beautifully shaded games like CSR Racing 2 ,to just installing a slew of updates from the App Store.

The camera is superb

I’m not a camera expert. I have never owned an SLR, and while I have a basic understanding of things like aperture, shutter speed, and focal length, I’m always going to want the camera to do the work for me. I just want to point and shoot and get a great photo. The iPhone 7 Plus gives me really great photos.

Low-light photos are so much better than they used to be, since the Camera app can combine data from both lenses, the optical image stabilization helps keep things steady, and the wide-angle lens’s f/1.8 aperture lets in a lot more light than the f/2.2 lens in the iPhone 6s. (The telephoto lens has a f/2.8 aperture.)

Why Communication Skills Are Valuable in the Cyber Security Field

When you swipe your credit card to make a purchase at the grocery store, you believe the transaction will be safe, protected and just a normal part of your day.

The new Portrait mode coming to iOS 10.1 is a great example of what the iPhone 7 Plus’s exclusive two-lens camera system can do. Since this mode is still in beta (both the feature itself, and iOS 10.1, are in beta as of this writing), I didn’t factor it into the review score. But the biggest factor in choosing the 7 Plus over the iPhone 7 is the camera, and Portrait mode sells that better than anything.

As with the rest of the Camera app’s modes, Portrait aims to make things simple for the user. When you enable the mode, the view switches to the zoomed-in, 56mm-equivalent, 6.6mm “telephoto” lens, and the camera will attempt to detect your subject, and then if the lighting conditions are right, you’ll see a live preview that keeps your subject sharp while blurring the background with a lovely bokeh effect. A little label pops up on the screen to say “Depth Effect” so you know you’ve got it, and you’ll get a warning if there isn’t enough light. It works better outdoors—inside, the photos can get noisy if you don’t have plenty of light.

We’ll be posting separately the results of an experiment we did using the iPhone 7 Plus for a fashion shoot with a model, indoors and outdoors. The results were impressive (here’s a sneak peek), but again since this feature is in beta, Portrait mode’s performance doesn’t factor into the score of this review.

The iPhone 7 Plus’s Camera app also has a button above the shutter that toggles between a 1x and 2x view, or can be adjusted to any zoom level from 1x to 10x. You might assume that shooting at 1x uses the wide-angle lens, while switching to 2x will use the telephoto lens, and going above 2x will use digital zoom. Well, that’s not exactly true. It turns out that the Camera app will use the wide-angle lens and apply 2x digital zoom in some situations, if that would produce a better result (less noisy or shaky, or lit better) than using the telephoto lens. Glenn dove deep into this phenomenon, but I’m happy to let the Camera app make those decisions since all I want is a good photo. Third-party camera apps like Obscura Camera and Manual let advanced shooters have more control, and can even export images in RAW.

I have a terrible time getting an iPhone to last all day, especially considering my usage is heavist in the afternoon and evening. But the iPhone 7 Plus has a huge battery, 2900mAh (11.1 watt-hours) according to iFixit’s teardown, and with savings in iOS 10, it can go a very long time.

So if you need more battery life, the iPhone 7 Plus is the longest-lasting iPhone, but I was still surprised that the iPhone 7 did so well matched up against it. Either way, you’ll probably have to charge your new iPhone on more or less the same schedule that you charged your old one.

Using the iPhone 7 Plus is a series of small delights. For example, while 3D Touch on the iPhone 6s felt more like a showoff trick than a useful feature, with iOS 10, it finally makes sense. Besides the camera, this is what people ask me to show them on the iPhone 7 Plus—being able to not just peek at emails and messages from your Notification Center, but actually archive an email or reply to a message change, is a time saver, it’s true. But it’s also a much more natural gesture-based way to navigate the iPhone 7 Plus’s big screen with one hand.

Apple’s glossy new jet black color is really nice, and feels a little grippier in my hand than the aluminum-backed models (rose gold, gold, silver, and matte black). It actually reminds me of my old unapolgetically plastic pal the iPhone 5c, and I mean that as a compliment. After a couple weeks of use, I am seeing some very tiny scratches in the finish, mostly near the bottom corners, but I think Apple is being fair to call them “micro-abrasions” because I have to squint at the phone from an inch away to see them.

The jet black iPhone looks particularly great without a case, but it does pick up fingerprints and smudges quite easily. (I never kept my trusty Toddy cloth quite so close at hand—it’s brilliant at wiping away oil smudges rather than just smearing them around.) Apple sent over its $49 iPhone 7 Plus Leather Case, which has a very high-end feel. It has metal buttons for the volume and wake controls, which feel satisfyingly clicky to press while still blending into the case perfectly.

The iPhone 7 Plus has such a great camera that it’s easy to recommend it over the iPhone 7, and the extra dash of battery life is nice to have too. While it isn’t without its drawbacks, it’s got power, speed, and a shiny new coat. It’s a little mean that Apple doesn’t offer the jet black color at the lowest capacity (32GB) and price, but any of the iPhone 7 Plus models should make you a happy Apple fan.

Open a can using only a SPOON

Here are the 5 wealthiest sports team owners in America, according to Forbes 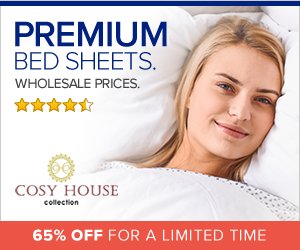